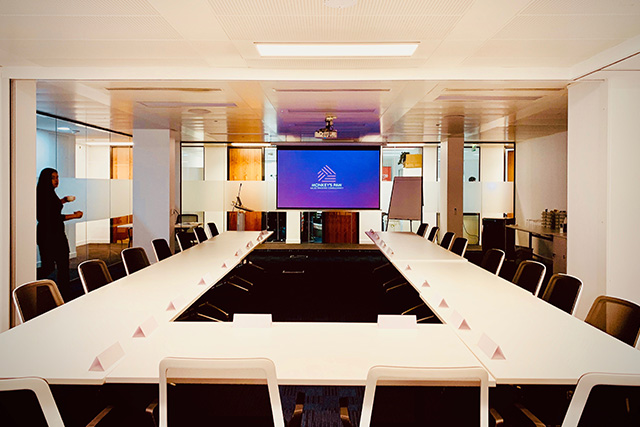 I got 99 problems, but my pitch ain’t one… is definitely something that Jay-Z never actually said. However, the fact remains that misreading your audience and failing to gain trust from the beginning, will kill the pitch before you’ve even started. No matter how good your pitch is, if you haven’t gained trust by the time you get there, you’re just spinning your wheels.

“Trust in me in all you do, have the faith I have in you, love will see us through, If only you trust in me…”

Or so sang Beyoncé at least. Now I’m not suggesting that we follow that instruction to the letter of course, but nonetheless, trust is a crucial factor in the world of sales. ‘Like first, trust second, buy third’ was the much used mantra from my early years in sales.
But when we are meeting someone for the first time, how do we begin to build trust? Even on a low level?
Well, if you’re sitting comfortably, let me tell you the parable of the Politician:
Whatever your political allegiance, whether you’re a blue, a red, an orange, a green or a purple, It’s nice to believe that whichever political party a Politician belongs to, they ultimately believe they are doing the right thing. There are exceptions of course, but go with me on this.
Politicians, we hope, all ultimately are heading for the same destination. We all want a strong and efficient NHS, we all want full employment, we all want the weakest and most vulnerable in our society to be taken care of, we want a healthy economy. You get the picture. So, if we accept that all Politicians basically want the same things as we all do, then all we are arguing about is the best way to get there.

When you see the leader of your party on TV, you will most likely mutter such things as “Yes! this person knows what they’re talking about”. However, when the leader of the opposing party appears on TV, your response is likely to be “This person’s an idiot, hasn’t got a clue, etc”. And yet, we have already established that both party leaders ultimately want the same thing as each other and moreover the same as we do. It’s just the best route to get there which is the issue.

So, why do we smile on one leader while scowling at the other?

Primarily, it’s trust. We trust one and we distrust the other.

Well, studies would suggest that the brain works in a very particular way and put simply, we are much more ready to trust those who we believe view the world from the same standpoint as ourselves.
In other words, we trust those people who view the world as we do. It makes sense to us, matches our own views and therefore, as we are not idiots, then by extension, neither can they be.
So, if that’s the truth both logically and neurologically, how do we influence that?
It’s actually very simple.
We make statements whilst in conversation with our new prospect that we know we will both agree on. We know we will both agree, because they are the kind of things on which all or certainly most people would agree.
“We all know that marketing for our business is a gamble…”
“We all know that taking a product to market can be an expensive affair…”
“We all know that trying to find new clients is really difficult…”
Not only does this demonstrate a little empathy, but your prospect will (without knowing it sometimes) start nodding along. And this happens because they are saying to themselves “This bloke makes sense, he views the world in the same way as I do and I like that. He’s okay”
It doesn’t have to be complicated and I’m not saying your prospect will suddenly hand over a five-figure deal, but the mechanics of it are sound. Tailor it to your own style of course, but sharing a view of the world together is the beginning of trust and you’d be wise to notice it.
Beyoncé may have just been on to something…